Sandara enters the world of cocktails with Diego Cabrera 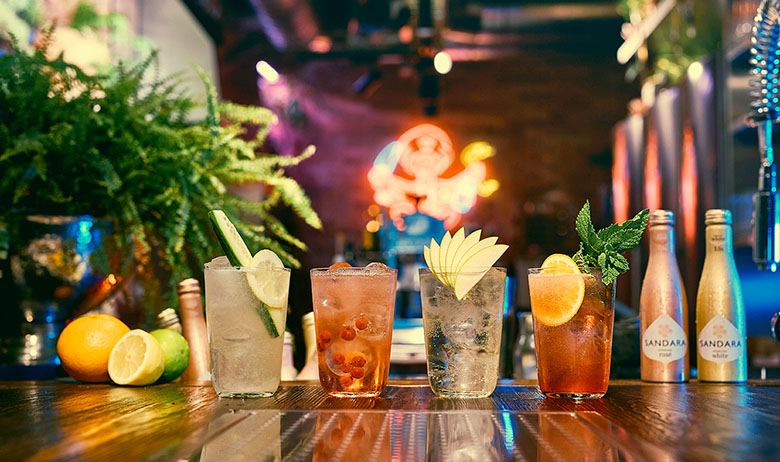 The Valencian drink takes a leap of innovation and creates 4 cocktails together with one of the best barmen in the world.

About a year ago the Sandara brand set itself a new challenge. At that time they had launched a new format: 25cl aluminum cans, a challenge that was revolutionizing the world of wine. But Bodegas Vicente Gandia didn’t want to stay there, they wanted to go a step further and create cocktails with Sandara. Therefore, they decided to look for one of the best mixologists in the world and found Diego Cabrera who accepted the challenge immediately.

Diego Cabrera has several establishments in Madrid: Salmón Guru, Viva Madrid and at that time he had just created Guru Lab, a magical space in which he developed his new creations. In addition, Diego had a very extensive curriculum within the cocktail industry and has just been named by the Royal Spanish Academy of Gastronomy as the best professional in the cocktail industry and by Bar World 100, number 50 in 2021 on the list of the most influential people in the world of cocktails by Drinks International.

Sandara is a brand with 6 references of different flavors that had a complexity, not missing the bubbles that characterized it in any of the cocktails. It was decided to start with 2 flavors: White and Rosé, the flavors with the highest number of sales and the first to be created.

3. Sandara Berry Rosé. A refreshing combination of vodka with raspberry, lemon juice, syrup and a can of Sandara Rosé.

4. Sandara Passion Rosé. A cocktail made with Vodka, Passoa, vanilla syrup and a can of Sandara Rosé.

Some cocktails that do not leave anyone indifferent and which with the winery is sure will revolutionize the sparkling sector. One of the main goals of the winery was to create cocktails that the consumer can create at home and could enjoy a Sandara in a refreshing and different way.

At the end of the day, it’s a leap forward in innovation within the sector since there is a paradigm shift within the world of wine. With this step, Vicente Gandia intends to create new spaces and moments of consumption as an alternative to the usual moments of this type of product. Thereby achieving, new consumers who do not usually drink wine. 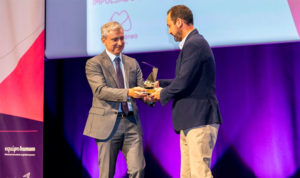 The winery was also nominée in the category of Product

The Valencian winery expands its Sandara range with a new 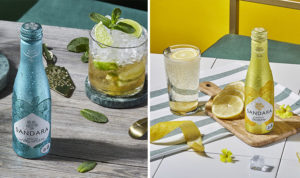 Sandara, one of the main brands of the Valencian winery,